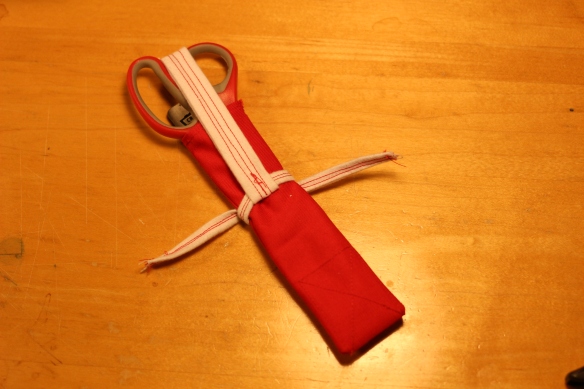 Sticky tape not shown- normally I tuck it under the closure

I have started to carry a few more supplies around for better sketching, and I wanted to help prevent them from getting lost in my bag or from poking a hole in it.  The things I wanted to carry were a ruler, scissors, and double sided sticky tape.  They are quite handy for making scale drawings and adding/subtracting things from various notebooks.

I also wanted to visit a fabrication technique that I had not used in a few years: sewing.  To keep things simple, I decided to use only fabric and thread to make my holster.  No webbing, no D-rings or buckles, just fabric.  So I went out and grabbed some cheapish canvas, borrowed a sewing machine and got cracking. 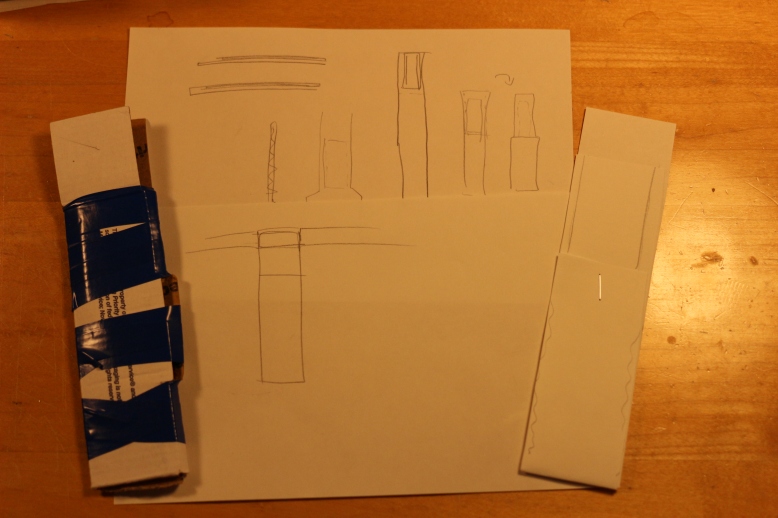 I started with some sketches, inspired by EMT scissor holsters.  Some of these are very elegant, in that they only use webbing folded over itself to create the pockets.  For a while, I actually used the cardboard model to carry the scissors around in.  It worked well, but it lacked pockets. 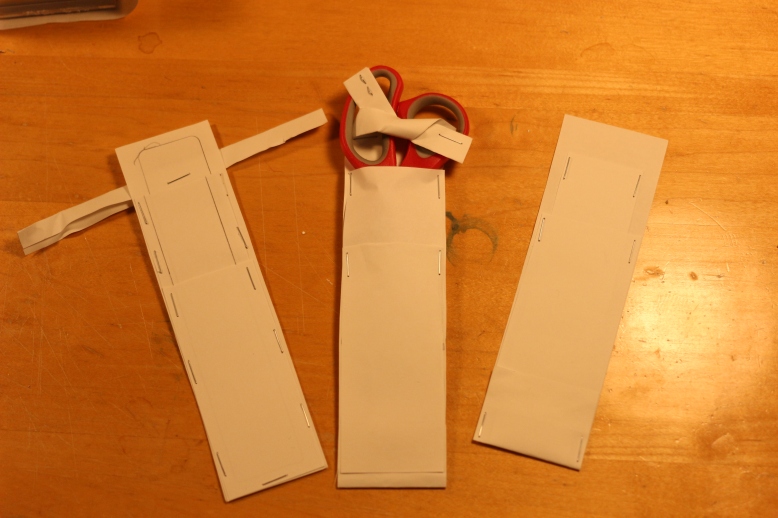 Then I moved to some paper models.  One thing these did not capture was where, and in what direction seams would be.  A few of them left raw fabric edges, which are undesirable.  It might work with webbing, but not with the canvas I had- it would unravel. 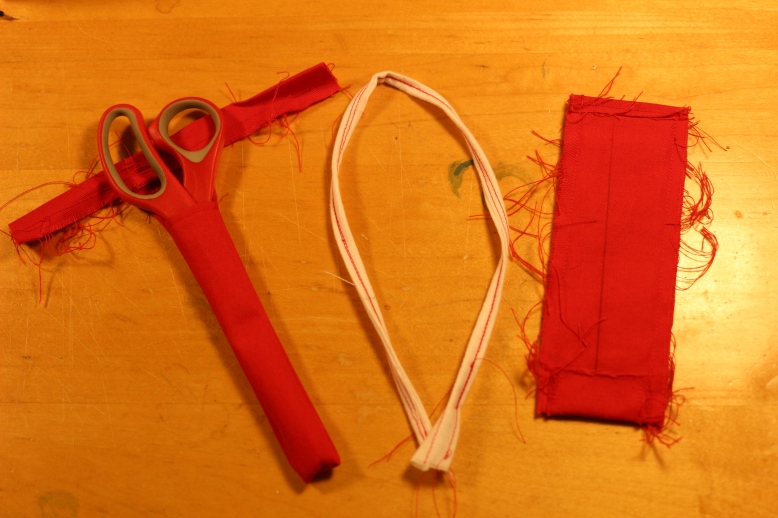 After some sewing I figured out how to make straps where all the edges were internal.  I would have preferred to sew a long tube and flip it inside out, but the aspect ratio was not condusive to this.  Notice the extra reinforcement on the bottom of the rightmost prototype.  This was added to prevent the potentially pointy scissors from puncturing the bag.  You can see it on the final prototype in the top picture, under the large X. 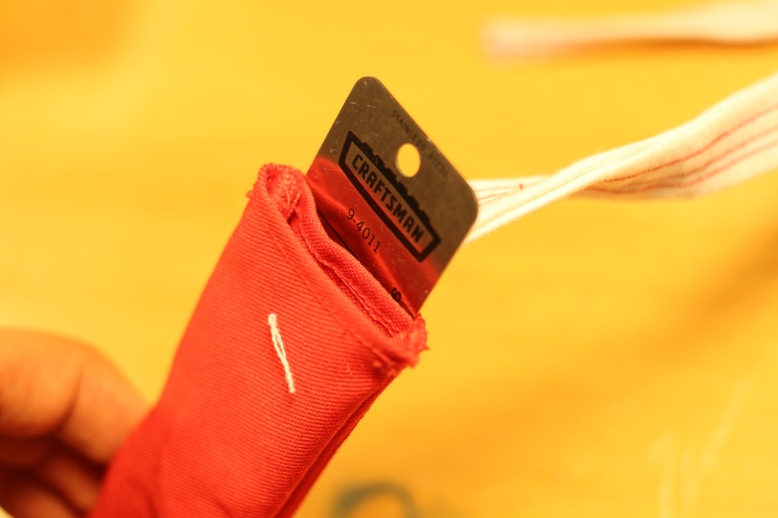 Here is the final model.  It handily holds everything together in my bag so I have it on hand when I need it.  So far it has preformed quite well.  As a bonus, it is red so it is easy to find on the train or buried in my bag.