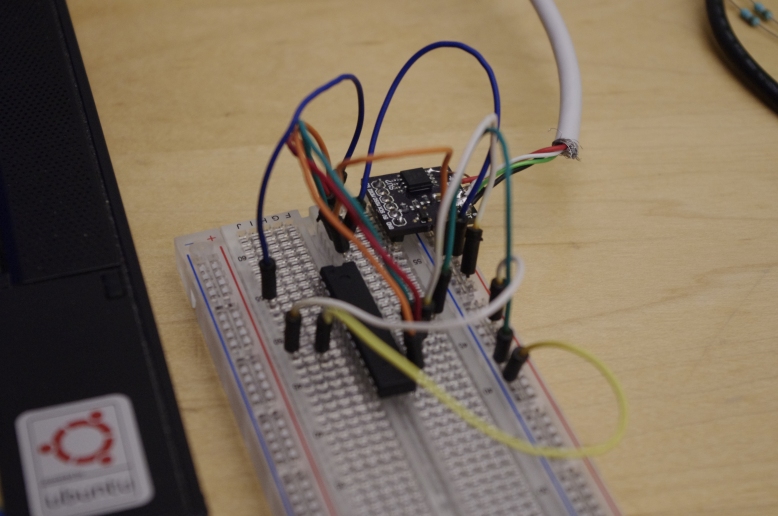 Last night a small package from monoprice, and a huge box from pololu arrived.  In it were the materials for the REVOBots class I am going to teach.  Since the first class is this weekend, I really needed to finish the guide/handout!  I spent all night building a Tamaiya gearbox (pictorial instructions soon!), re-building a $5 arduino, and eventually fixing an attiny45 based usbisp programmer.  The git repo for the bootloader of the $5 arduino is here.  It took about 6 hours to finally get everything working.  There were several stumbling blocks, like the gearbox having 3-4 configurations, and a dead ATMega chip.  But when I finally got the arduino IDE to talk to the chip, it was worth it- it was much easier to sleep knowing that the parts coming in from digikey would work.  Anyways, the first REVOBots guide is posted now, in the downloads section, or with this link.  REVOBots are coming!