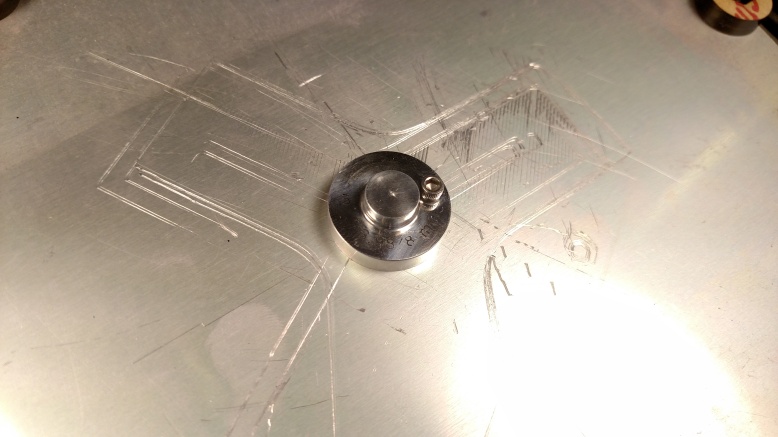 The gauge, with its value lasered on

Once I had conductive probing on my Kossel, I thought it would make sense to take stock of the Z accuracy of the machine.  To do this, I wanted to compare two Z heights, but I did not want to measure off of the bed, in case it was scratched or locally not very flat.  So I turned a small piece of scrap aluminum to two diameters, and two lengths.  The top flat is 3.98 mm above the other flat, as measured with a rather cheap micrometer

To test the accuracy of Z height, which should be the “easiest” thing for a kossel to exceed at, I put the gauge under the head at x0 y0 and probed it in Z with my M430 command, which lets me know if the head is touching a grounded part of the machine or not.  Since the conductive gauge is on a conductive build plate, I can tell if I am touching it or not. 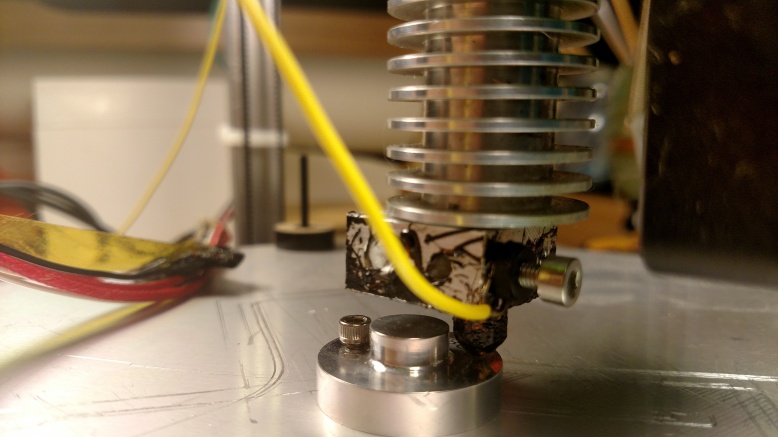 After doing a few tests, it seemed like the .01 mm movement had too much hysteresis to be trusted, meaning that my resolution was .1 mm (.0039″).  After several trials, the average value difference between contact on the top and bottom was 4.03 mm, which is pretty dead on- which impressed me.