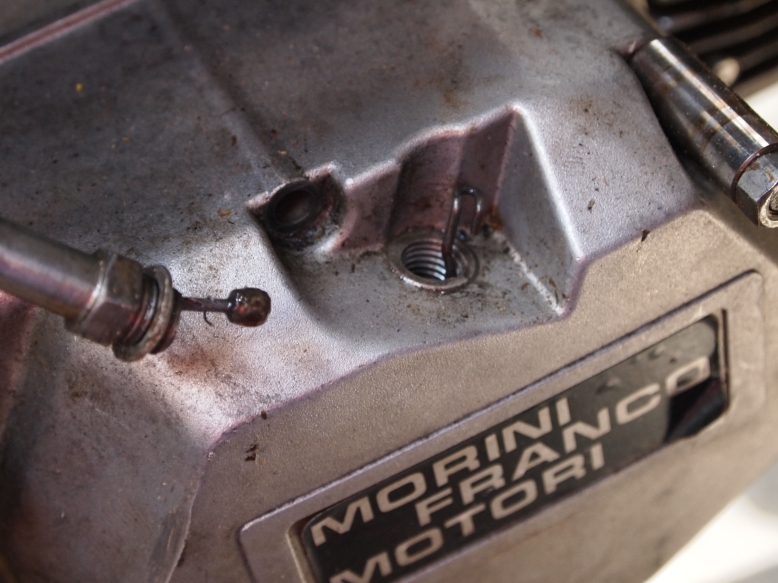 The right kind of clutch cable for an m02 morini, and the clever little clip that actually engages the clutch.

So I snapped the cable off the clutch lever of the Pilot the other day, and as a result, I went to San Fransisco to buy a new clutch cable (not really for that, but I did go to SF and get a clutch cable).  When I got home, I discovered two things: 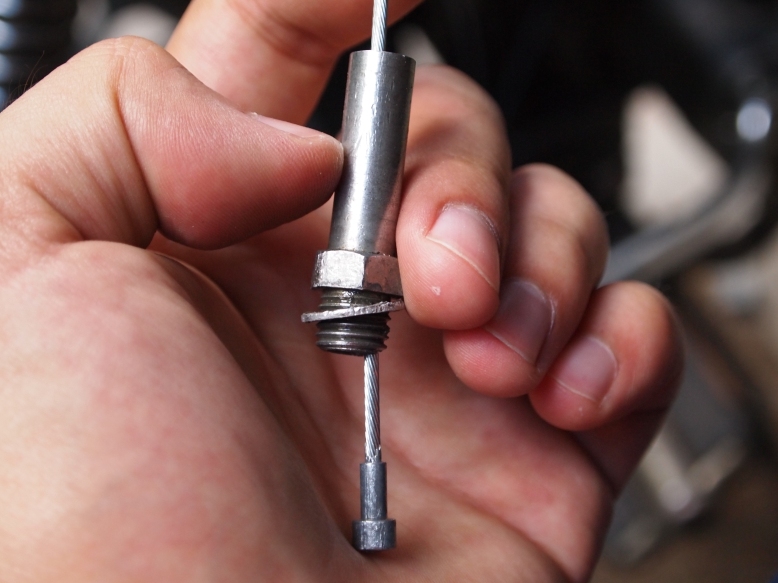 The wrong kind of nubbin!

Grr.  The extra little bit above the very end nub prevents it from being able to be pulled, since the bottom nub makes the clip coming out of the engine rub against the guide.  Unfortunately, I had not removed the guide all the way and really given the system a peek until after I had bought the new cable.  Fortunately, a bike shifter cable is the perfect size, looks to be pretty strong, and is available in abundance in Somerville.  After picking one up, I managed to rig it up so that it can sort of engage the clutch.  It is tricky to get it engaged, but for the time being, yay testing!