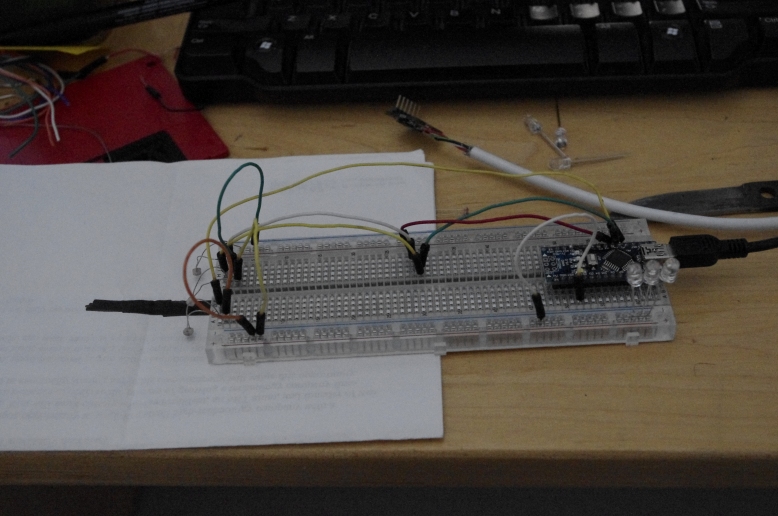 So the other day I got bored and prototyped something which I quite liked for revobots.  It might be to people advantage to see it here before revobots meets again in two weeks, so I thought I would do a post.

One might wonder what a manual robot is.  Well, thats what I am calling this.  It doesn’t have any actuators, so you have to move it around with your hand, but if you follow the instructions it gives you (via the LEDs) it will follow a line!

The pseudoalgorithm for this is that each sensor has some threshold so that it reports a status back- either light or dark.  If the middle sensor is dark, and the outer sensors are light, then light no LEDs.  If any sensor is not on the proper darkness, a corresponding LED is lit.  So if the left sensor strays onto the line, and the other two are off the line, then the middle and left sensor LEDs turn on, indicating the need for a right turn. 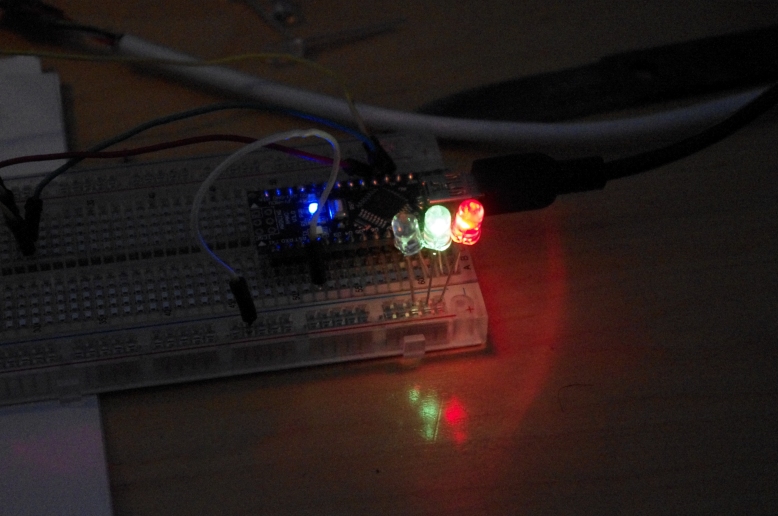 Oh no! Hard to port!

Soon I will have this mounted on a revobot chassis with power, then I will post a video and documentation!