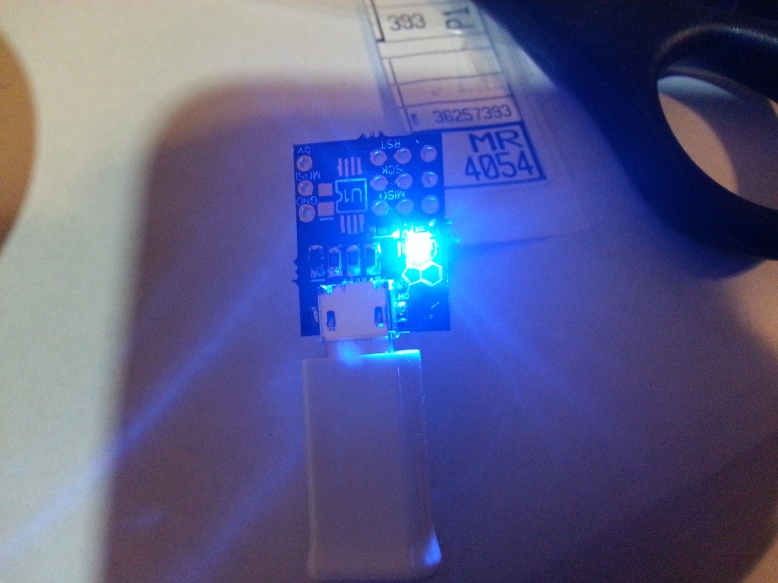 New Indoxyl Programmer!  The LED is a nice upgrade.

Indoxyl is the upgraded version of a board of the first board I made, a long time ago.  It is an AVR ISP programmer, and it is really handy to have these on hand to lend to people, or to use yourself instead of something bulky, like the original STK500 (which is my other option).  They are also incredibly cheap!  This devices BOM cost is under $5, including the board.  It is called Indoxyl because it is a precursor to a finished project, just like Indoxly is a precursor to Indigo.

This board uses all SMD components and comes in just a bit under a half square inch.  It has both the standard ISP header (unlike the original board, seen below), and a breadboard-friendly header.

The schematic was already very well known to me, but I added an “idiot lamp” to let me know the power was on.  I went with a blue LED because thats what I had on hand, and I like the color blue.  It was routed by hand in diptrace, which let me optimize the board fully.  In fact, has only two vias that are not for through-hole connectors.  I achieved this level of organization and routing by moving connections once the parts were in the board layout editor.  By doing this, I was able to reduce the complexity greatly, have less islands and reduce the need for vias.  This would not have been possible using autoplace or autoroute, because the autorouter cannot take into account the function of th board or the pins.

Full design files are available here, on github (schematic, board, gerbers, assembly, and BOM).  This is the first time I got to use my galaxy note II to document something!  I was impressed with the ease of integrating it into my workflow.  The camera is fast, and produces reasonable images in  the relatively dim room that I was in.  Its nothing to write home about these days, but it is a big upgrade from my slow, but loved, droid X.  The really impressive thing is that you can write with the S-pen on the screen and record notes, embed media, and generally do whatever you want.  You can even export S-notes as PDFS!  It is pretty cool for fast, integrated documentation. 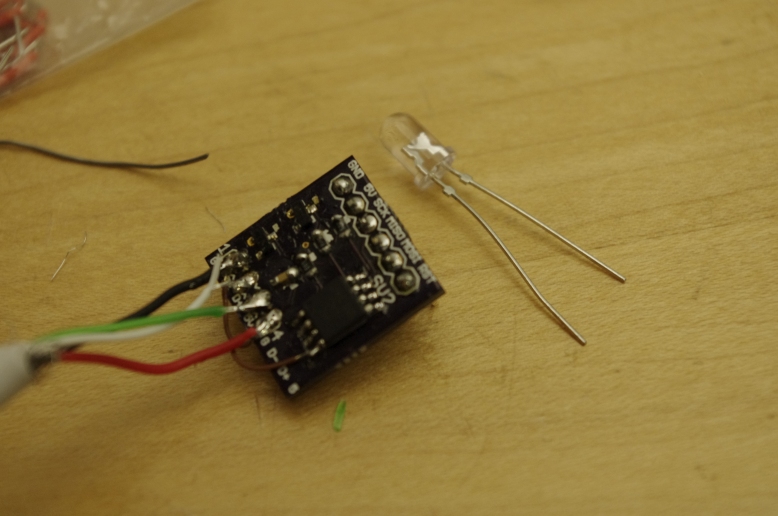 Old and jenk!  Notice the brown jumpy wire from the black wire to the chip.

2 thoughts on “Indoxyl: An Incarnation of the USBTiny ISP”